How “The Biggest Loser” is Hurting America 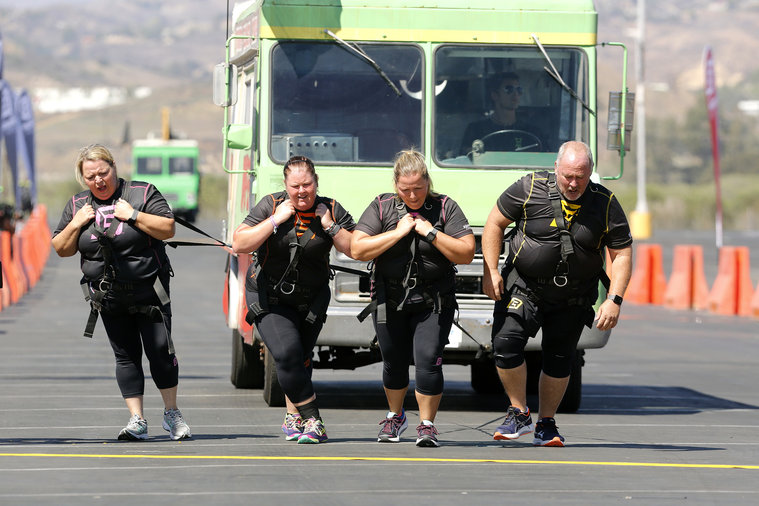 America is obsessed with weight loss, and The Biggest Loser has done an incredible job capitalizing on our fixation. According to Fast Company, The Biggest Loser generates almost $100 million annually in ad revenue. Now in its seventeenth season and still going strong, they include a $250,000 jackpot for the contestant who loses the greatest percentage of their weight.

Is the show a great source of inspiration for the American public to get healthy or is it a clever ploy to tap into our psyche that does more harm the good? I would argue the show is hurting America, and more importantly, so does the peer-reviewed medical research done surrounding The Biggest Loser.

I help people lose weight for a living, so many people assume that The Biggest Loser is one of my favorite shows. Au contraire. I find the show to be both abusive and deceptive on several levels. While there are countless examples, the pictures and accompanying captions I found directly on NBC’s The Biggest Loser website are a good start. 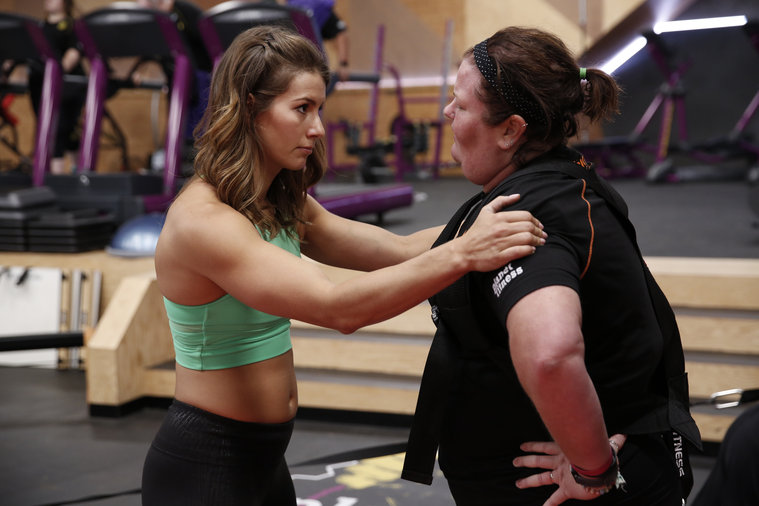 Caption from NBC: “ ‘My turning point,’ she said, ‘was my obstetrician/gynecologist telling me I will never have a baby at my weight and with my health conditions.’ During her first weigh-in, Hope lost 10 pounds, going from 232 to 222 pounds. But in the second week, Hope only lost two more pounds, surprising her trainer, Jen. When at the end of the third week, Hope only lost an additional two pounds, Team Jen voted to send her home, which was heartbreaking for her husband, Colby. However, Hope went home feeling motivated to keep up the good work and increase her chances of getting pregnant.”

The fact that Hope lost fourteen pounds in three weeks and it not only surprised her trainer, but she was sent home for it, is tragic. It’s more than just heartbreaking for her husband, Colby; Hope’s public “failure” has ramifications for every single viewer. Medically speaking, two pounds of weight loss a weak is ideal. Her weight continued to trend down, yet she was still not doing enough to meet the show’s vicious standards.

The fact that they claim, “Hope went home feeling motivated to keep up the good work,” is bull$@%#. Hope likely went home in tears feeling like she disappointed her husband and failed miserably on national television; not to mention she lost the chance for $250,000, may have no credible resources where she can turn and may feel that she will never be able to have a baby. Would you go home and feel motivated to “keep up the good work” after that or would it be a breeding ground for severe depression and additional weight gain? If that doesn’t qualify as abuse and deceit from a television show, I don’t know what does.

[See our deceptive before and after photos here.]

In Hope’s case alone, these were the unprincipled messages that were sent to the viewers:

2. The scale should determine your worth.

3. Exercise must be painful and torturous to see progress.

These messages are reinforced over and over again throughout each season. A study was published in the American Journal of Health Behavior showing that watching a 7.5 minute workout on The Biggest Loser made viewers less inclined to exercise. If you aren’t a regular exerciser, and your perception of a workout is pushing yourself until you cry or throw up, this conclusion is not at all shocking. If I thought I had to do what is done on The Biggest Loser to see progress with my weight, I would surely avoid getting started too.

Published in the Journal of Health Communication, a second study showed that watching The Biggest Loser amplifies the stigma associated with obesity: overweight people are simply too lazy to lose the weight. When we believe obesity is totally controllable, we presume that obesity is a choice of the obese person. Bullies have been using this same approach forever. This breeds hateful weight bias and sets up our nation for at best, prejudice, and at worst, discrimination and cruelty.

Additionally, if the idea that obesity is controllable comes from The Biggest Loser, viewers likely believe that the way to treat it is through severely restricting food, exercising until its unbearable, and topping it off with guilt and shame. Even if this approach works in the short-term, it’s metabolically (and potentially psychologically) damaging in the long run.

[See our answer to the question: should you try a cleanse?]

A client recently introduced me to a brilliant German word that actually doesn’t translate to any one word in English: schadenfreude. According to Merriam-Webster, schadenfreude is, “a feeling of enjoyment that comes from seeing or hearing about the troubles of other people.” Although we may convince ourselves we are watching The Biggest Loser as motivation to get healthier, I believe that the producers are capitalizing on our all-too human schadenfreude. We enjoy seeing others suffer.

If you are actually seeking motivation to get healthier, turn to a qualified health professional instead. If you are simply looking for entertainment, I encourage you to thoughtfully consider the potential consequences of the show. The Biggest Loser reinforces a damaging message that self worth is determined by the scale and deceitfully makes our desperate search for the quick fix seem justified. Most importantly perhaps, it strengthens the message of bullies everywhere by supporting the notion that being overweight is a simple choice rather than a genetic, physiological, psychological and biological battle.

US News and World Report: “When Science Met The Biggest Loser”