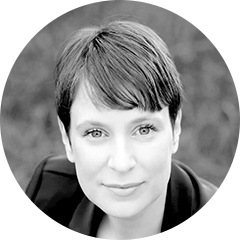 Danielle’s love for nutrition and exercise was born out of discontent. As a child who suffered a weight problem and later as a college student who developed an unhealthy relationship to food and exercise, Danielle recognized a deep need for change.


Through her nutrition studies at Marywood University in Scranton, Pennsylvania, she began to heal and developed a balanced perspective on both food and movement. She graduated Salutatorian of her class and started her career in a small community hospital providing nutrition care for patients often admitted for chronic issues like diabetes, cardiovascular and kidney disease.


After working four years in the hospital setting, Danielle believed she could make a bigger impact working in prevention of chronic disease and began the next phase of her career as a health coach. Since 2007, she has worked in the corporate health setting for several large Silicon Valley companies passionately helping employees achieve their best health. She takes an intuitive approach to both eating and exercise.


Danielle feeds herself in ways that honor her hunger, fullness, energy and vitality; that means tasty, omnivorous, balanced meals and snacks. She enjoys most forms of movement and has a large array of experience ranging from running to Krav Maga. Most recently, she is enjoying functional strength and yoga as well as indoor rock climbing and surfing with her husband, Steve.


Get to know Danielle a little better here: